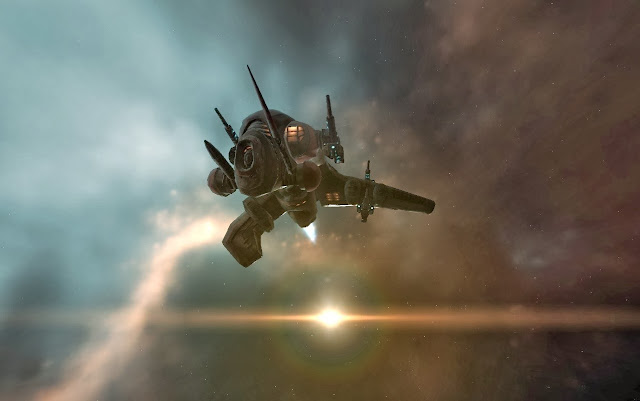 Yes, the Ares is primarily designed as a fast tackler in a fleet.  But following the Rubicon interceptor buffs, it can also double as a superfast, long-point kite for solo plex work.  Just about.  The extra gun slot and some squandered lows surrendered to processor and powergrid mods means you can just about squeeze three 150mm railguns on it.

The primary features of this fit are the long point – reaching to 30km with max skills – and speed.  It’s very fast.  It also benefits from a 15% reduction in MWD signature radius penalty per level of Interceptors skill, adding up to 75% reduction if you have it maxed out at level 5, so even with the MWD running you’re much harder to hit – classic speed tanking.

The downside is that it doesn’t do much in the way of DPS, nor does it have much of a tank.  You’re relying on speed to keep out of trouble.

But in a solo fight, against anything slower (which is just about everything not boosted or linked) you can comfortably hold the point and chip away with the rails at a safe range of 27km/s.  Orbit first.  If you’re facing drones, switch to antimatter and take them out.  Then try keeping at range – 27km is doable, 25km gives you a bigger margin of safety for opponents trying to wriggle out of the point.

It’s not a cheap ship.  It can engage just about anything, but wins will be thinner on the ground.  But for the cautious it’s a very safe kiting option – you would have to be asleep at the wheel to get killed in it.  A repping-centric brawler will probable tank your DPS into a stalemate, cap notwithstanding.  But against other kites, if you get long-pointed, overheat your own MWD, slingshot and run for it.