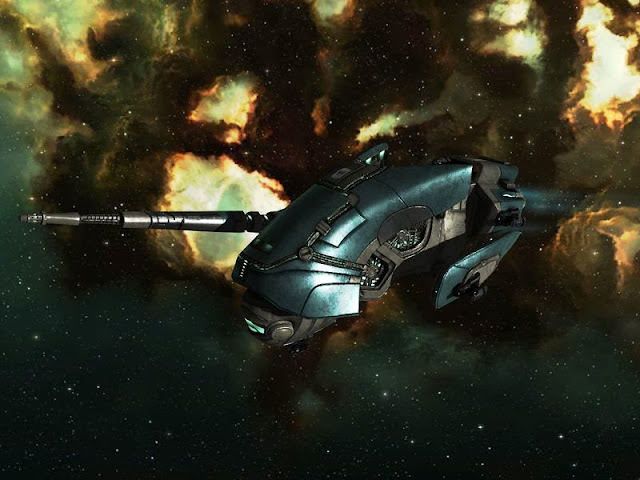 This is a low-skill noobship you can grow with, promoting it through the meta-levels of modules until you’re fully Tech 2 fitted.  It’s a close range brawler, so in a plex you need to catch your opponent as soon as they warp in.

A spare mag or four of Spike S

This is, in my view, the finest Incursus fit known to humanity.  If you have the skills to fit it, that is, because it’s tight.  This fit - or variations of it - have accouned for tens, if not hundreds, of thousands of ship kills over the years.

It works.  It’s not cheap, but it works.  It’s a minute long ‘seat of pants’ ride, and it requires being close enough to get a scram / web on your opponent from the outset, but once you do it’s one of the best T1 frig fits out there.

Pre-set your Orbit range so that in reality you are orbiting at exactly 7km.

How to fly it
If a kite manages to wriggle free, all is not necessarily lost.  Reload your guns with Spike, giving you the ability to shoot to nearly 28k out – enough for you to be hitting your opponent consistently.  With any luck they’ll be keeping you at range, giving you decent enough tracking to score damage.

You will finish many fights deep into structure with this fit.  But the classic 7k scramkite Incursus is one of the most effective T1 frigate fits for plex fighting.  It’s a proven winner.

The dual rep incursus is considered by many to be a Curate’s Egg of a fit.  Yes, it reps like a bastard, giving it insane EHP over the duration of an average fight. It can pretty much tank a full flight of 5 Hobgoblin II’s without breaking sweat.  It’s probably the most difficult T1 frigate to kill, overall, given its stamina.

But to keep both reppers going, it gobbles down power at a rate of knots.  And to fuel it properly, you need to fit a Cap Booster in the mids into which you must shovel Navy Cap Booster 400s as quick as you can load them.

Ultimately this cap boosting situation means you are faced with being able to fit only two of MWD or AB, Web or Scram, when you ideally need three.

So the best combination for a heavy, slow ship with two free mid slots like this is ultimately AB and scram, given the following scenarios:
It’s also a pretty tight fit.  If you’re having trouble squeezing it all on where powergrid is concerned, drop the 200m Reinforced Steel Plates II down to a 200m Reinforced Rolled Tungsten Plates I instead.

There is another alternative damage option, which gives you a bit more range – use rails instead.  75mm Gatling II’s fit on with ease, enabling you to swap the Ancilliary Current Router I for a Small Trimark Armor Pump or a Small Hybid Collision Accelerator I rig instead.  Or just lump on 125mm Prototype Gauss Guns.  In both cases your DPS and tracking takes a big hit, but you weigh that against the increase in range and the fact you're in a turbo-repping, long-lasting tank.

Having said that, in small gangs or frigate fleet fights the blaster version is a real handful, getting into the thick of the action and tearing chunks into scrammed / webbed enemy ships.  It’s packing as much equivalent EHP as a meaty destroyer like an Algos, and can tank a lot of damage in the process.

However, it is a proper tank. With 13 Navy Cap Booster 400s in your cargo, you can tank for about 6-7 minutes non-stop.  Get it out front.  Get it primaried and taking the lions share of damage and the other frigates in your fleet will thank you.

This is about the most damaging Incursus you can throw at the enemy while still retaining some reasonable tank.  It does a highly respectable 225 DPS, rising to 256 with heat – that’s quite impressive for a T1 frigate.  The repper also brings a decent tank to the party, assuming your opponent is still standing before you hit armor, that is.

It is also an ultra-tight fit, so you may need to meta down the DC and / or the Adaptive Nano Plating to make it fit.  Leave the T2 neutrons if you can, though.