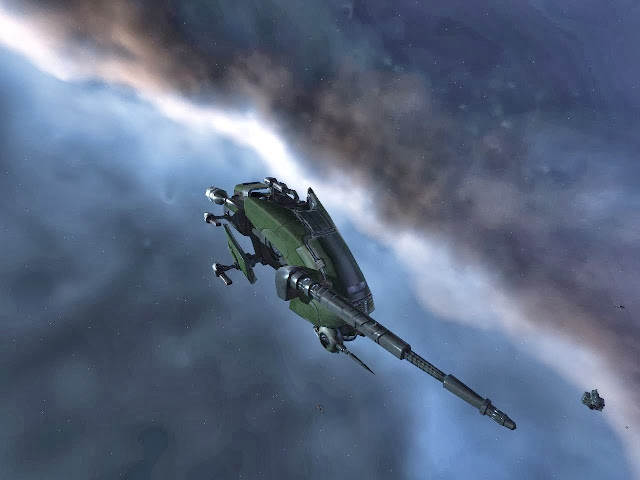 With an impressive 12.2 EHP on what is basically a pumped up Incursus, this fit is designed to lurk on the button on a plex , get the web / scram on and just relentlessly grind down the enemy with blasters, drones and the neut while relying on its massive tank to prevail.

The Supertanker Iskhur fit packs Electrons so it can accommodate the top-end Tech II small neut, downing 54GJ of your opponent’s cap every six seconds.   Even with all mods running, your cap will last for almost two minutes so that should be more than enough time to finish the job.

It is debatable, however, whether this would best – or be better than - a comparable blaster or Gatling / neut fitted Algos.  Both fit in small plexes, but the Algos is a third of the price.  The Alg has much higher DPS but 20% less tank.  Mouthwatering neut on neut action would leave both participants gasping for cap, but the Algos does better drone damage.  As we all know, drones are uber.

With all its bonuses geared towards hybrid damage and range, drones and MWD sig radius penalty reduction, the Ishkur can also kite…

The Small Capacitor Booster II has modest power requirements – fuel it up with a non-faction Cap Booster 100 when cap gets low.  Or you can use a Cap Recharger II instead for about 1m 30s of cap life.

Let’s fast-forward to the major weakness of this ship from the start: speed.  With the MWD sign reduction bonus and substantive damage it does well against anything that’s slower in a small plex – AB fitted frigs, AB and MWD destroyers and other assault frigates in particular.

Although it will out-damage just about every T1 and Navy Faction kite frigate, only a lame opponent will give you the win as the Ishkite just can’t keep up with nimblefrigs, speed-wise.

The closest kiting rival in the Gallente line-up is the Federation Navy Comet.  Both ships cost about the same, although the Comet has the advantage of getting into novice plexes.  The Comet boasts more EHP, but does 50 less DPS.  The Ishkur’s larger drone bay gives it a considerable boost.

But in kiting, speed is king.  Yep – you may both be blapping from about 18-19km out.  The Ishkur’s drones do great work, and you might want to lob out Warrior IIs instead of Hobgobs to get the jump.

At the end of the day, though, the Comet is 1,000m/s faster, so if it gets into trouble it disengages against something like this with ease.  Given a straight choice, I’d take the kiting Comet every time for its versatility.